China’s huge population, growing prosperity, and traditional culture places it front and centre in the global effort to protect our planet’s biodiversity. Yet, a burgeoning demand for endangered wildlife products, combined with China’s rapidly growing influence and  interdependence with the global economy presents both challenges and opportunities for those seeking to reverse the destruction to our environment. The country has the highest demand on wildlife in the world owing to traditional beliefs, cultural habits, and greed. This insatiable appetite must change in order to protect and preserve biodiversity as we know it. As China develops, attitudes are changing at an impressive rate so although a daunting task, I’m confident it can be achieved because we are a practical and adaptable people. 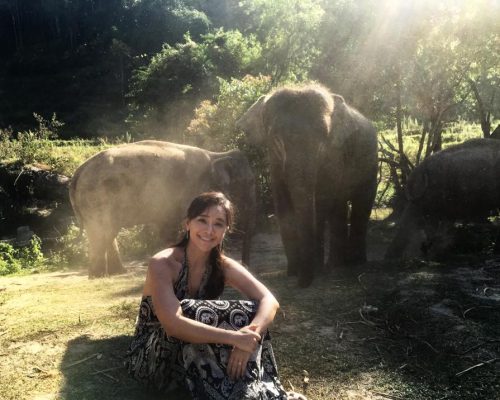 As examples, throughout Hong Kong and Southern China, we are seeing a more than 70% decline in demand for shark fin; Campaigns to urge people to ‘Bring Your Own Bag’ and use less plastics are being implemented on a massive scale; A complete trade ban on ivory is planned; …and we have never been more aware of pollution, environmental, and conservation issues. To quote, on the 5th of March, 2016 at the Twelfth National Congress of China, the Premier of the State Council of the People’s Republic of China: Mr. Keqiang Li stated that it is vital to aggressively instill an environmentally conscious lifestyle for all walks of life in order to achieve accelerated improvement and protection of China’s ecological environment. That we must all work towards a beautiful China with clear blue skies, lush greenery, and pristine waters.

With rapid development comes pollution and food safety issues, positioning China at the cusp of a new era where environmental concerns are a top priority for both the political establishment and the growing middle class. As someone who has a global perspective, l see our countrymen ridiculed for lack of more responsible conservation efforts but with such a population, it is an incredible task that many overlook. Also, only by changing the perception of a population’s self-interest can attitudes and habits be changed. Bearing in mind China’s rapidly increasing pluralism, as someone based in Hong Kong who racially and culturally bridges the gap between China and the West, I am in an ideal position to help educate and influence, affecting the requisite change which will have positive outcomes for a sustainable environment. If done properly, we can show the world a China that can change from a caterpillar to a beautiful butterfly with regards to conservation.

I’ve worked in Hong Kong’s public broadcasting and cinematic field since 1987, I make use of that in the Chinese diaspora to advocate via art, culture, media, and education. I am also privileged to be able to access and influence both the public and private sectors, often collaborating with other NGOs who share my vision and concern. Over several years of intensive participation in international conservation efforts, I’ve had the opportunity to associate with and learn from many leading experts in their respective fields. Their collective analysis is alarming and has awakened my sense of urgency towards conservation issues. During this time, my work on marine conservation (particularly the ban on shark-fin), and elephant protection advocacy has gained much momentum as reflected by positive and concrete results from my lobbying with governing bodies. My efforts enjoy tremendous public support and awareness via social and other media. I intend to scale up my efforts to affect urgent change where possible and I’m developing a stronger platform to better deliver more projects to effectively reach out to China and the rest of the world.”

Artist, actress, and conservationist, a naturalist at heart, Sharon Kwok is a Eurasian born in Hong Kong who grew up in San Francisco. As a fine arts artist, Sharon taught arts as well as held her first exhibition at age 17. She draws or paints all mediums, sculpts, and carves jadeite. As an actress, she has been featured in over a dozen movies and all Hong Kong TV stations as well as some abroad. She has also dabbled in music for charitable causes. Today, Sharon has completely devoted herself to conservation work. A director of WildAid and Mission Blue, she founded AquaMeridian Conservation & Education Foundation Hong Kong to contribute to the preservation of biodiversity via  revolutionising conservation in China and other parts of Asia. Places where simple changes in Chinese traditions such as consumers’ views of wildlife products, or consideration of natural resources would have critical impact.